If you’re old enough to remember the assorted series produced by Quinn Martin from the 1960s through the ’80s, you may well remember two distinct trademarks.  Each segment was labeled Act I, Act II…..until the final three-to-four minute climax to wrap the evening’s story.  In the lower right corner of the screen was the word “Epilog.”

This is one of what may be many epilogs to our four-part series on depression and other emotional illnesses within television newsrooms.  Amidst the live shots, multiple deadlines, middle-of-the-night wakeup calls, and demands to be “on” for community service is a genuine vulnerability to depression.

Saturday, a reporter whose work I have viewed during crisis storm coverage in the last year opened up on Facebook about a struggle she has had and the dilemma as to whether to go public with her story. 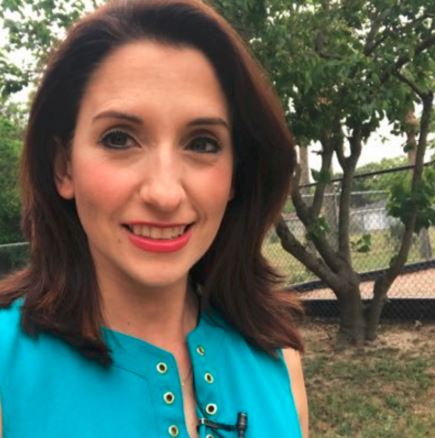 Ashley Harding trudges the streets of North Florida for WJXT, the Jacksonville station I grew up watching and which influenced me to enter the field of broadcast journalism.

As background, Ashley and her husband had a child 16 months ago.  As is typical, her colleagues and the station in general celebrated the new birth.  However, Ashley began to experience the type of depression that is often only understood if one is a woman.

She, as did many of us, read of the tragic story of the suicide of Portland, Maine (WCSH) meteorologist Tom Johnston.  Before his tenure in Portland, Johnston was the morning meteorologist for Action News in Jacksonville.  On the air, Johnston was known for his lively personality and his sense of humor.  He was probably the last person most people would perceive would even fathom taking his own life.

What led Tom Johnston to his decision is still and may forever be unknown.  Ashley Harding was compelled to come forward with a story that had to play heavy in her own heart.  Please read her own account at the link above.  Here are some excerpts:

“For days, I had been mulling over and over in my head, asking myself…should I talk about this with the viewers? Should I share this?  I have been struggling with post-partum depression since our son was born in December 2015,” she wrote in a Facebook post.

As is the case with anyone struggling with depression, the dilemma is to accept that one needs help.  Ashley shared about the challenge of making an appointment with a psychiatrist, a difficult act that her husband finally did for her.  She then addressed personal thoughts about Tom Johnston.

“I did not know him when he worked here in Jacksonville, but this story really hit home for me. It’s time to get real about depression and mental illness. It’s okay to talk about it, and please people, get help if you need it. Reach out to those in your life who matter. Don’t wait as long as I did to try to get better. Rest in peace, Tom.”

I have communicated with Ashley via e-mail since her Facebook post went viral via TVSpy.  As I told her, she will never know whether one or 100 people are compelled to seek help because they have seen her daily on WJXT and recognize that she is not just a TV figure, but a real human who has real problems just as the rest of us do.

In her Facebook post, she details beginning the road back with low-dosage anti-depressants.  That is a common prescription for post-partum depression and for cases of clinical depression.  The key is being patient for the medication to work.  You cannot have the attitude of people who put on 15 pounds during the Thanksgiving and Christmas seasons, hit the gym January 2 and expect those 15 to roll off in three or four days.  Any person experiencing depression may need weeks or even months to become one’s whole self again.

Ashley has taken the two most important steps—-she recognized she needed help and, with the help of her husband, she has sought it.  If she follows through on her treatment program—-and I have no doubt she will, she will get well.

Further, her courage to share her experience will be an inspiration to people in Jacksonville who may be going through the same struggles.  My personal hope is that her story will also encourage others in the television industry who need the same type of counseling and treatment to seek help.  As I have detailed previously, TV news is a profession that is a prime conduit of vulnerability to emotional illness.

One retired news director responded to my previous four-part blog with these words:  “This is a high-stress business.  Maybe people who have depression just shouldn’t be in it.”  That was a 1975-type answer.

No, the time has come for the broadcast journalism industry and its managerial leaders to recognize that many talented people who work for them have their limits.  Depression can occur even to people in a low-stress profession.  Further, it is time for every broadcasting chain in America to require its senior managers and mid-level managers to undergo specific and disciplined training to understand the warning signs of depression and the sensitivity to be encouraging and patient with staff members who experience emotional illness.  Those who are dealing with depression could be some of those managers themselves.

As for Ashley Harding, she is taking the first steps on the road to a full recovery.  She is not alone.  She has a vast audience of people, many of whom she has never met, who are in her corner.  No doubt, her co-workers at WJXT are rooting for her.  So is The Old TV News Coach.

By telling her story, Ashley will have a positive influence on helping people she does not even know to take that first step of seeking help.  Likewise, she is helping to stamp out the stigma of ignorance and callousness concerning emotional illness.  What do we have to lose by talking about it?  We may save another life.